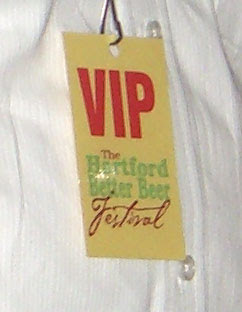 The good folks at Franklin Distributors got us into the event as "VIPs"
God bless their hearts.
They wanted to give me an idea of what sort of fest they were capable of putting together
as I help plan my own charity event. Let's just say I was impressed.
The Hartford Better Beer Fest was a class act. The event was held in the "Society Room of Harford"... Ooooh... Well ladee dah! Actually, this is a beautiful building... (Photos coming later...)

In the glorious Society Ballroom, you have a room of grand marble columns soaring to an exquisitely muraled ceiling, some thirty five feet above the dance floor. The sweeping staircase flows down from the 3,000 square floor balcony, providing a dramatic focal point for grand entrances and photographic opportunities. Marble, limestone, brass and bronze accents adorn the opulent Ballroom in a setting right out of the Great Gatsby. 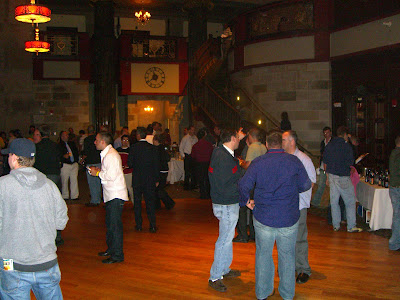 Fest goers chat and enjoy some fine American craft beers on the dance floor.
(One couple actually did dance!) 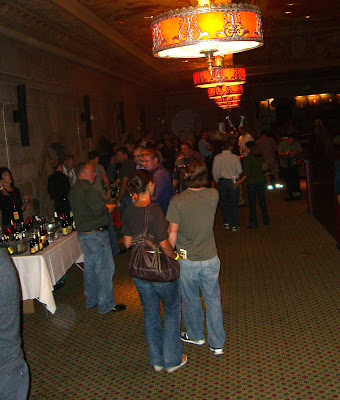 Folks gather around on of the numerous imported beer tables up on the balcony.
Classy, but still down to earth enough for jeans. 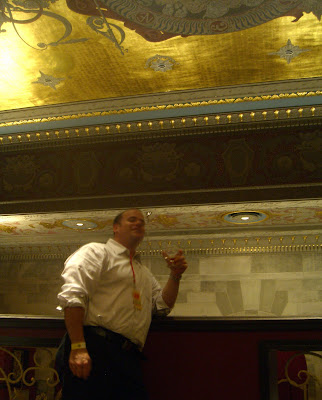 Kenn admires the architecture and poor lighting over a tasty beverage.
They had live jazz playing and a delightful variety of some high-end hors d'oeuvres. Oh, and did I mention there was beer too? Is that how you spell hors d'oeuvres?

Downstairs, in the 'Society Ballroom', was a wide variety of domestic craft beers, ranging from Flying Dog and Anchor Steam, to Brooklyn Brewery and Southern Tier. Additionally there was a wide variety of imports upstairs along the balcony. I spent a fair amount of time at the Trappist table. Man, you gotta love those monks... 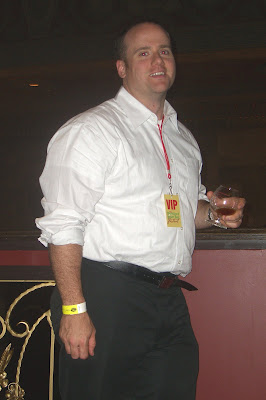 Kenn came straight from work (minus a detour)
So he was probably more properly attired than I.
Here are some quick notes on the beers we sampled in alphabetical order by brewery: 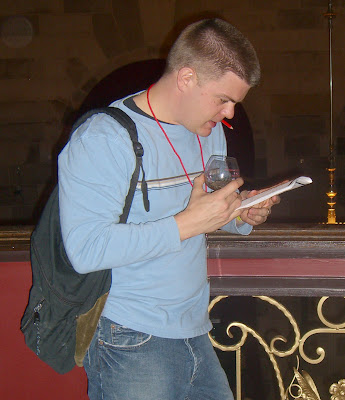 With so many beers available, my tasting notes were long, and sloppy...
Below is what I could manage to decipher from my fest hieroglyphics. 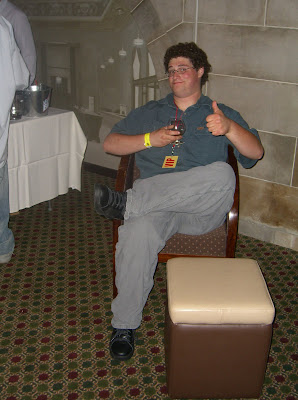 I ran into, sorry man can't remember your name, from CT Beverage Mart. He's helped me select the right beer for that special occasion more than once or twice. For some reason, he had me mistaken for another patron of CTBM, and thought we had an altercation in the past. Something about me punching him after not enjoying a wheat beer he recommended. That must have been some other guy...
at 3:27 PM

Email ThisBlogThis!Share to TwitterShare to FacebookShare to Pinterest
Labels: Festivals