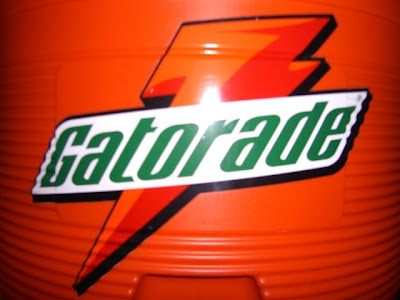 I picked up the 5 Gallon Gatorade cooler I found on Craig's List today! I can't believe how easy it was. I never purchased anything from Graig's List before, so I had some fears going into this...

Would the cooler be as good as advertised? Or would it be scratched up and nasty? Would the seller end up being a crackpot merely using the promise of a cheap quality cooler as bait in the hopes of killing me? Or would I have the critical element in building my own mash tun at a very fair price?

I'm only half kidding here, I really did have some concerns about driving out to some stranger's house, not really knowing what was in store for me. So, despite "seller 606819995's" quick email response inviting me over to do the transaction, I made arrangements to meet in a public place. Coincidently, this"seller 606819995" lives in the town I work in, and was more than willing to meet me in front of a Dunkin Donuts just 2 minutes from my job.

"606819995" failed to give me any identifying information in our email traffic. I was half expecting something like, "OK, I'll be the muscular, tattoo covered, ex-con on the Harley with the sawed off shotgun, and I'll have a couple of my buddies in a black van with tinted windows. That's what we'll use to take you to the cooler, once we tie you up and put this bag over your head..." 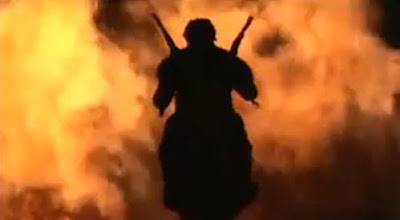 So... I told "606819995" to keep an eye out for a guy in a military uniform (because that's my job) and that I would be difficult to miss. I figured, the mention of my military affiliation would subtly caution this person not to do anything unpleasant at the time of our meeting. Then I thought, maybe that was stupid, maybe this guy is selling stolen coolers to finance his terror cell, and now I'm the next target! Man this home brewing business can really be dangerous sometimes can't it?

Yeah, I had my reservations, but hey you can't go wrong for $3, it was worth the risk. Cooler selling ex-cons and terrorists be damned!

When I pulled up to the Dunkin Donuts, I scanned the parking lot for unsavory types with orange coolers in toe. And then it happened... A 30-something year old woman (small, smiling, friendly looking, Asian woman) stepped out of an Orange Honda Element. I doubled checked for any additional vehicles (IE dark vans) in the near by area, but all seemed well.

She glanced at me with a look of curiosity. So, I stepped out and said, "Are you the one with the cooler?" And she said, "Yes," and pulled the cooler from the back of her vehicle. I gave it a quick inspection, handed her the $3.00, and went about my business. Thankfully, no one was harmed in this transaction. With my mission accomplished, I headed North towards home. 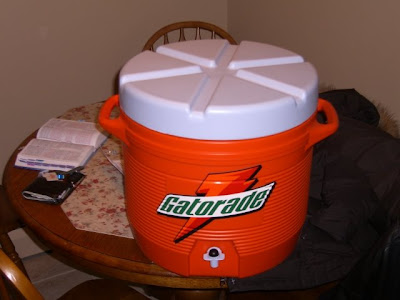 OK, so in reality, buying the $3 cooler wasn't such an adventure, but I'm glad I found such a good deal. All in all the cooler is in pretty good shape. I only noticed some slight discolored streaks on a small portion of the inside. No scratches, mold or cracks are visible to the naked eye. I think I have a winner here folks. 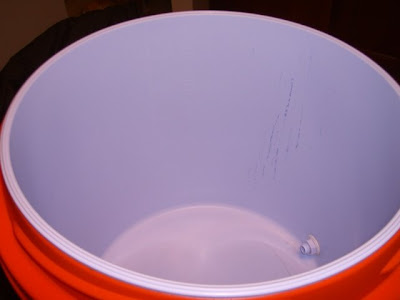 Now I need to decide on how to proceed. Do I want to hit up the Home Depot and buy the parts this guy used? Or do I want to spring for one of those false bottoms? I'm going to think about it for a while before I make a move, but I'm wide open to suggestions. And maybe, just maybe, I'm waisting my time... Should I just buy one of these pre-made set ups instead?
at 1:00 PM

Email ThisBlogThis!Share to TwitterShare to FacebookShare to Pinterest
Labels: all grain, DIY projects