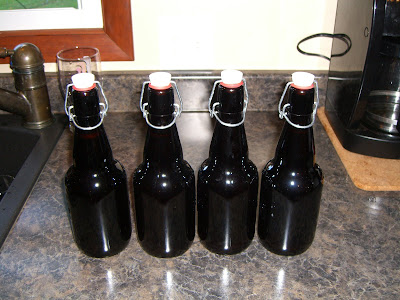 Well today is the day... I pulled 4 bottles of my English Pale Ale out of the basement and placed them in the fridge. I'll let the rest continue to condition downstairs in what was once referred to as the workout room, but now serves as the fermentation and conditioning room. 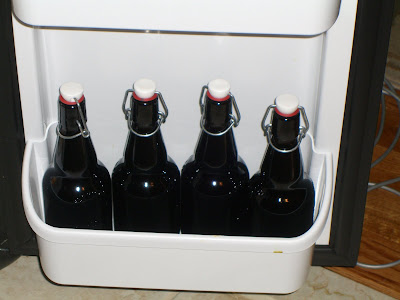 It's been about 2 weeks now and the suspense is killing me. As noted previously, I have a few folks coming over to help me celebrate the wife's birthday, and to serve as my home brew guinea pigs. 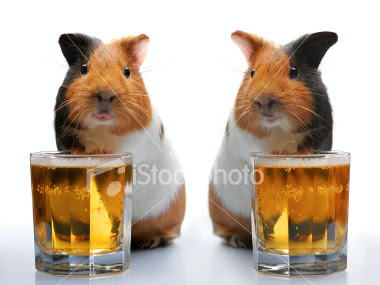 No not that kind of guinea pigs, although I did stumble upon this random CNN article during a "guinea pig beer" google search...

Clemente Villanueva, third generation traditional healer, feeds a guinea pig beer. He says the animals curitive powers against bad luck are strongest when it is drunk.

Grasping a jet-black guinea pig, he forces it to drink a tall glass of beer. The animal's power to remove bad luck is stronger when it is drunk, Villanueva explains as he adorns the glassy-eyed rodent with colored ribbons before rubbing it over a patient.

He says the guinea pig will be set free in the countryside, ribbons and all, but will remain highly contagious with bad luck that will pass to anyone who has the misfortune to cross its path.

Note to self, avoid the unlucky, drunken guinea pigs roaming the countryside... But I digress... 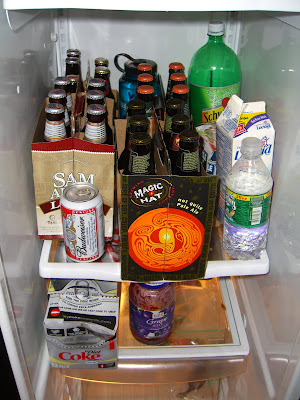 If my beer sucks, I have an odd variety of commercial alternatives in the fridge, including the latest light beers I'm drinking as part of my current fitness drive. Amstel Lite, Sam Adams Lite, and even a couple Michelob Ultra Ambers (not a great beer... Go figure...) I also have a 6-pack of Magic Hat # 9 and a sixer of Brooklyn Brewery's Pumpkin Ale, in case any of tonight's guest want to get a little seasonal.

The back deck should offer them a view of some of the fall foliage and a Pumpkin Ale may be a nice New England treat to go along with the view. And I even have a can of Budweiser a guy gave me at our tag sale a couple of weeks ago. 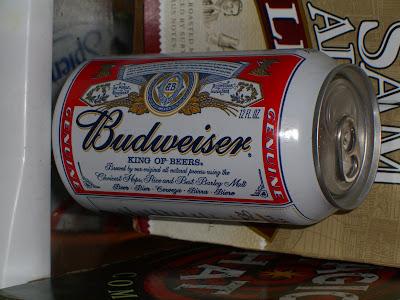 We put what ever we didn't sell out on the curb so the Sunday drivers could pick over the crap left over. This guy pulled up and asked if he could have the computer parts I left out. I said sure, and he offered to pay me. At that point I was just glad to see the old junk go. So then he offered me a couple of cold beers, I can't pass up free cold beer, even if it is Bud.

I slammed one (it was hot that day and I needed a beer) and I kept the other one in the fridge just for the hell of it... This guy didn't have a lot of money, but he had a 30 pack and was willing to barter with his precious cargo so his son could learn how to build a computer... What a dad! But again, I digress... More to follow after tonight!
at 3:10 PM