Things to consider before my next batch 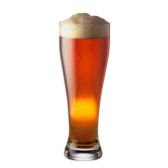 I'm about to begin my third attempt at brewing beer. Just to recap, my first attempt resulted in some excellent beer, despite some challenges and mistakes made along the way. My second round of beer making was a complete flop. Something definitely went wrong as I produced 5 gallons of fowl tasting and smelling beer with inconsistent levels of carbonation.

Before I begin batch #3, I need to consider the problems I had in the first two attempts and plan better to over come some universal challenges. The big issues are: 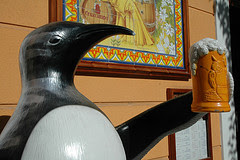 Additionally, my fermentation location is not what it use to be. My basement, which typically stays at a consistent temp within acceptable guidelines for beer making, may now be a liability. My house is split into two heating zones, but for some reason, the basement zone doesn't seem to be working. And we just got hit by a massive cold front. I fear the penguins that now live down there might drink any beer I put down there, not to mention the temps may just kill the beer completely.

This brings me to something I don't like to talk about... Real life! I suppose if half my house is cold enough to hand meat in, that should be something that trumps beer making on my to do list. I just had to take a break from writing this blog entry to go down below and fidget with the water heater so my wife's morning shower water didn't come out in cube form.
So, Monday morning, I'm calling the boiler guy, the beer will need to wait...
at 10:26 AM

Email ThisBlogThis!Share to TwitterShare to FacebookShare to Pinterest
Labels: Learning to brew